Finally, the KTM Duke 390 was ready for pick-up yesterday.
I had been … 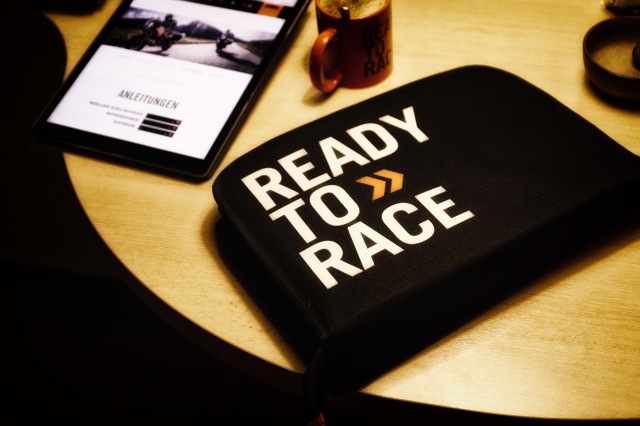 … since I bought it last Wednesday. New bike day, always a good day! Yet it isn’t for me, my daughter went along with me to the dealer and seemed to like the bike. I had to ride it right away, although it was a cold and moist winter day and I had professional obligations that evening in Weimar. So, to combine business with pleasure, I went there on the KTM. You can look over my left shoulder in the video above. Apologies for the audio comments in German, and apologies again for my Low German accent, I didn’t know I still had it!
The cold wasn’t so bad and the roads were gritted but still a bit slippery. So, no lean angles in that video! 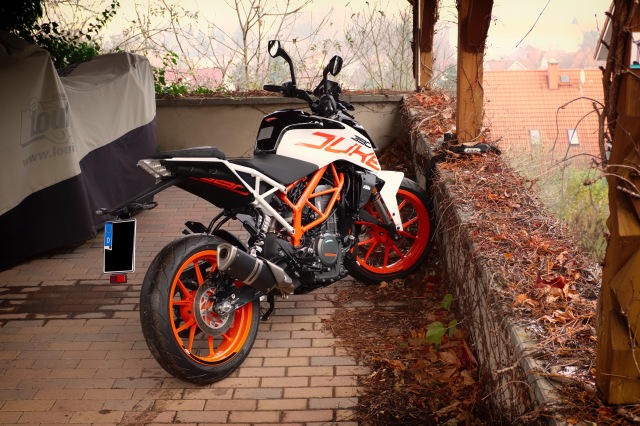 Winter has come and with it, cold fogs.

Today, I faced the weather again for another shakedown ride. I made it to Bad Hersfeld before sanity and cold feet prevailed and I turned tail and rode back home.

So, some experiences and talking points from those two rides:

So there you are, first impressions, mostly positive!

1 Response to Love over Cold