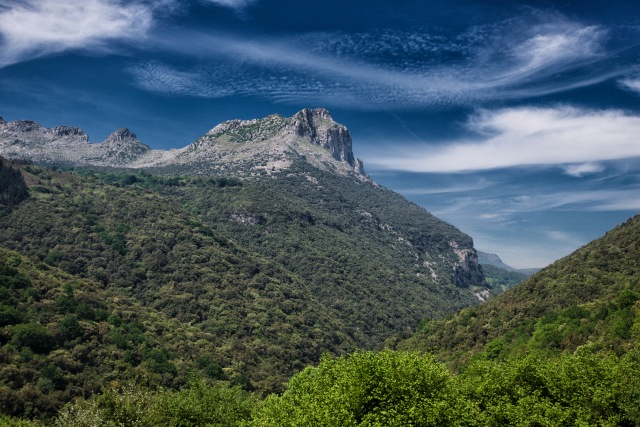 It’s been a few days since I posted from my motorcycle tour in Spain, and they have been eventful days, so here goes: 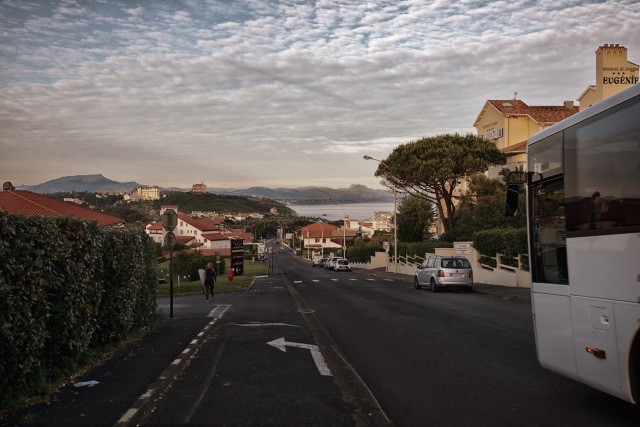 Yesterday morning, driving into Spain along the Atlantic coast. 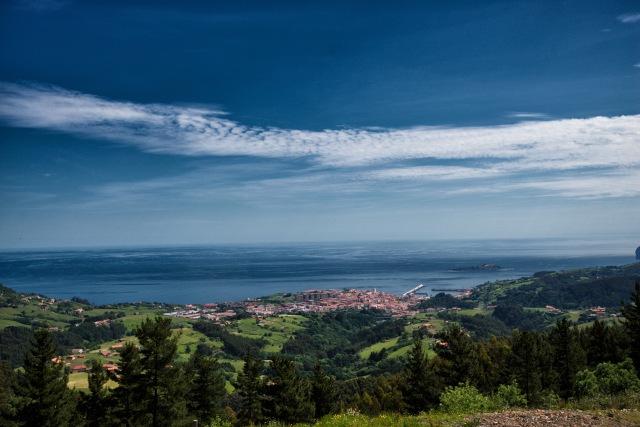 I stayed on the coastal road as long as I could and avoided the inner city traffic of Bilbao. This was the view before I finally turned inland and south towards Burgos.

The road took me through the “Picos de Europa” region. Named this way because those were the first mountains seafarers could see when they came back from the New World. Between them: small roads, good riding and a homicidal bus driver that almost took my left pannier off!

In the Hotel cafeteria in Burgos. Everybody was watching the bullfights on TV. I’m beginning to understand Hemingway’s “Death in the afternoon” better and plan on reading it as I continue. By the way, the spectators were applauding the bull…

This morning, the road to Toledo becons. First, straights over a high plain with few villages like this. Dull, stark and difficult not to speed.

The boredom soon ended by mechanicals. A connector hanging loose I could fix with electrician’s tape.

Not so easy with the knocking front wheel. Two days ago the front right bearing had spewn rust water and now it was apparently shot. Damn pressure cleaners!

Yeah, damn! But a little detour to Salamanca led me to a BMW shop. The revived BMW Navigator has their shops stored as points of interest. I wonder why… 😉 As I write this, the cow is getting new front wheel bearings there. Then it’s still a long stretch to Toledo. I’m hoping on more constant-90-kph high plains.