I’m on a tour again, and here are some photos, bit jumbled, but well, I got to be going. The road calls! Having eaten a hearty lunch in this rest stop, I continued on to the real Führerhauptquartier.

The german troops detonated their own bunkers before their hasty retreat in spring ’45.

There’s no building left at the site of von Stauffenberg’s failed attempt on Hitler’s life, but this memorial. One shed looks like another, so this is what it must have been from the outside.

The info board at the entrance. The Wolfsschanze was quite a garrison. You can drive a tank there. Bit insensitive, that!

The Masurian lakes. Still blue, but not as lonesome as before.

A secure stronghold, I couldn’t get in as well.

There seems to be an open air theater at the outer wall.

These liquor shops are everywhere, even in the smallest villages.

Pizza for dinner in Bizycko, with a view of a posh hotel and a wooden swivel bridge. Evening walk along a canal. It led into Bizycko’s lake. And to a lonely shorefront with graffiti on the walls of the shops. This is not the Führerhauptquartier you’re looking for. A slight detour of 123 km was the result of me not double-checking location information I got from the Internet…

Still near home, fine weather for a tour.

Living out of boxes in the hotel room in Stralsund. The Peene river a bit further on. Crossing the Peene river on a ferry that was free! A birding tower near a marshy lake. Saw a sea eagle defend his territory from smaller birds of prey.

The vegetarian place I had dinner in Gdansk. It was good, though a biker wolfing down his meal must have shocked the elfish young patrons there… This is how near I got to the Gdansk inner city. no sightseeing for me after a long day’s ride! 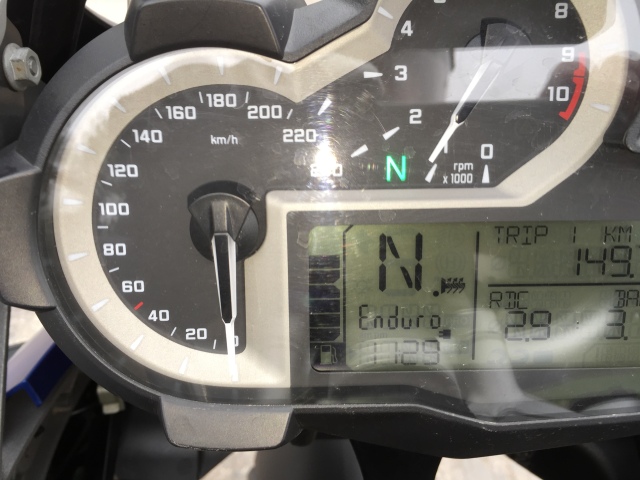 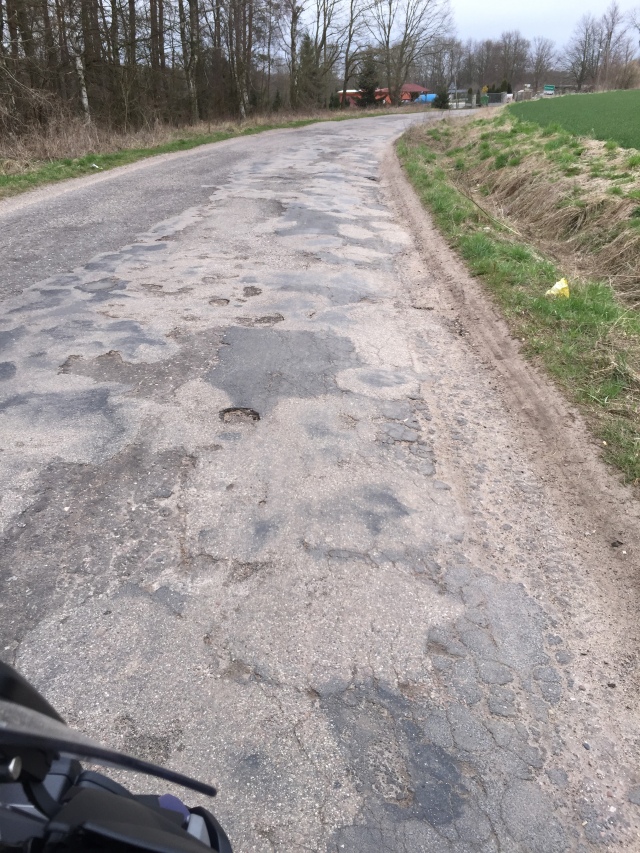 Had dinner in Stralsund at the Störtebecker brewery. At Dresden, we went for dinner. This was the mural in one of the places we passed by. That guy always wins the sympathies!

The rest of the trip is soon told. The middle and south part of Poland is flat agricultural country. Many trucks on the road, but their drivers go by the rules. Which cannot be said of a lot of car drivers and at least half of the polish motorcyclist. 1000 cc sports bike hooligans a lot of them! They and a mind game I played kept the boredom at bay. I tried to find the historic german place names from the polish ones on the road signs. For example, this is Lignitz, a fabulous christmas cake had it’s origin in this town .

1 Response to East By North-East