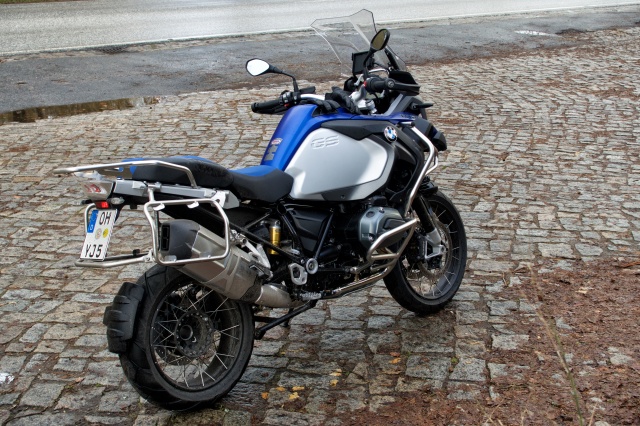 Looks a bit like a collision between an Enduro bike and a plumber’s shop.

The winter bike blues were too bad. So, while at my parent’s house in Schleswig-Holstein, I rented a BMW R 1200 GS Adventure travel Enduro.
At the shop, a young attendant went over the bike with me thoroughly. Not really necessary, as I had done a test ride on the non-adventure version of this bike before. Still, it proved really helpful that we adjusted the suspension and the riding modes to my weight and the road conditions (cold, sometimes wet). Compared to the test ride, it transformed the riding experience!
Having checked the bike out, I went to Lübeck to a motorcycle accessories store to get a pair of goggles for the jet helmet I wore. That helmet wouldn’t be my first choice on this kind of motorcycle (instead I’d wear something like the Arai Tour-X4), but it is what I had deposited at my parent’s. Together with the goggles good enough for 200+ kph on the Autobahn on the way back north. Wow! 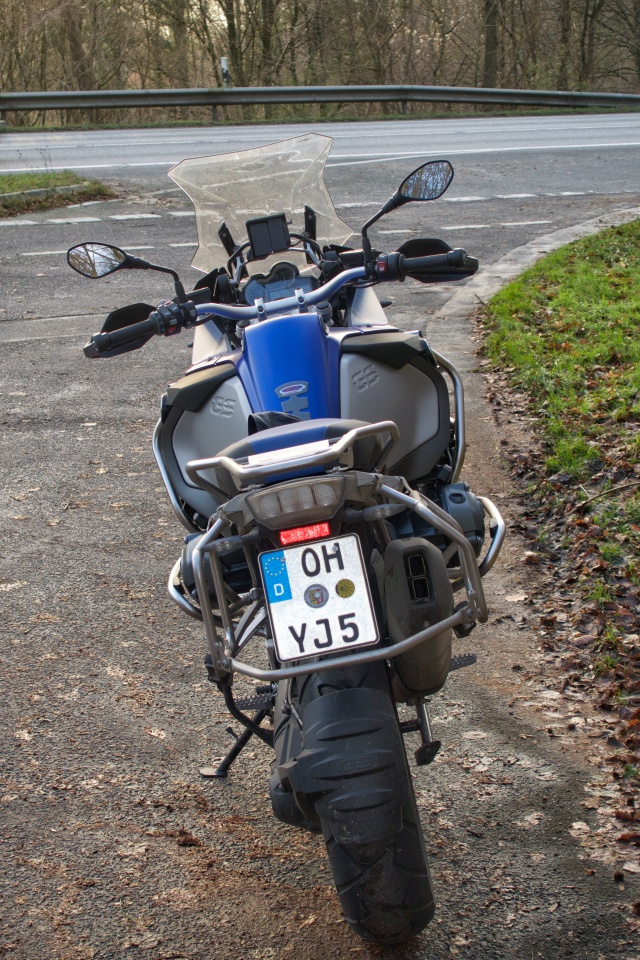 It’s an incredible machine, but she is fat!

That’s because of the tank, 30 liters in there, no less!

I was really impressed with the BMW R 1200 Adventure. Very neutral stance on the suspension, secure damping keeping the wheels in contact with the road, pulls like a bull when you open the throttle, reacts beautifully to a steering impulse and hanging off. I mean, it’s a lot more sporty than my Harley-Davidson (almost everything is…). Then again, I’ve overtaken a lot of “Gummicows” with my Panigale, but that doesn’t go off-road. The GS really is the swiss army knife of the motorcycle world.

In the afternoon, I did a ride to Eckernförde and beyond. When I came back, I put it in my father’s garage. Just about fills it!

That ride comprised little back roads, agricultural dual-track, county roads, inner-city streets in Kiel and city thoroughfare. The Gummicow took it all with aplomb, the high seating position giving me good overview.

Needless to say, I was enthusiastic, though windchapped, when I came back.

Now to find the means for such a bike… We’re talking to something to the tune of 20000 Euro for one with all the extras, which you’ll all want. It is a bike which I’d like to own and ride year round. Does one really need a car? 😉

Ok, an update two days later: I did buy it. Exactly the bike I had rented and as it had been in service since September 2014 (though with only 1082 km on the clock after the ordeal I put it through), I got a good discount. Essentially getting left and right aluminium cases plus BMW’s Navigator V for free, all at 2014 prices. The dealer took my Honda CRF 250 L as paydown, I guess I won’t need it no more. I’m so excited! It will get the bike on Saturday, can’t wait! 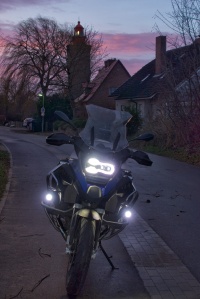 Here’s a gratuitous shot of that machine with a lighthouse in the background.